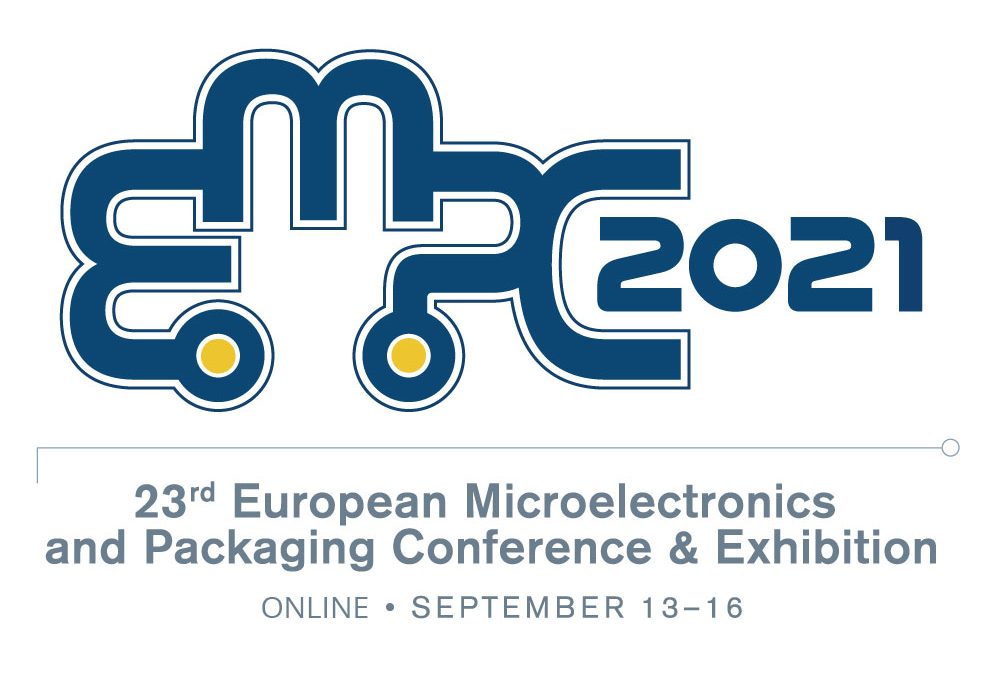 This year’s 23rd European Microelectronics Packaging Conference & Exhibition (EMPC 2021) was held online from September 13-16. It was organized by IMAPS Nordic and was originally scheduled to take place in Gothenburg, Sweden. With great regret, the organizing committee had to opt for the online conference model in March 2021, given the then-progressing third wave of the pandemic in Europe and the emergence of the virus variants. Although the Corona-related restrictions were eased somewhat as of September 2021, the organizers feel vindicated in their decision to move completely to the online format. The time remaining until the start of the conference was invested in preparing for the smooth running of the conference, and the efforts were worth seeing.

The program covered four days and started on Monday, September 13 with two Short Courses: Professor Gabor Harsanyi from Budapest University of Technology and Economics presented on MEMS-based sensors and actuators. The course described the fabrication technologies used and the typical generated structural components and topologies of MEMS. Also, some examples of MEMS sensors and actuators were presented as well as their application examples. The second course, given by Tanja Braun and Michael Töpper from Fraunhofer IZM, focused on the new semiconductor trends and their consequences for IC packaging. The TRAINERS outlined the areas where the increase in performance requirements is particularly strong, such as Sensor-Integrated Systems or Bio-Integrated Devices, and described the trend towards moving data processing from the cloud to edge devices and even deeper into sensors. The resulting solutions at the chip and panel level were discussed.

Over the following three days, a total of 71 papers were presented in 16 technical sessions, introduced daily with keynotes that addressed a wide range of topics. A special session was dedicated to the fiftieth anniversary of IMAPS Nordic. Following a good tradition, the German community was again the most represented with 26 presentations; a high number of presentations came from China (9), Italy (7) and Norway (6).

The conference ran on a Zoom based digital platform. Accommodating parallel sessions in different Zoom rooms and strictly adhered to timing allowed for easy switching between presentations in different sessions. In addition, all presentations were recorded and were available on the conference platform until early October. The exhibitors’ virtual booths were also accessible via the same platform. With the help of the chat or video conferencing functionality, visitors were able to engage in conversation with the companies. 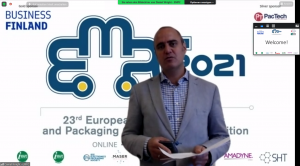 The first keynote by Mikko Nikulainen, Head of the Technical Reliability and Quality Division of ESA (European Space Agency), was dedicated to the use of Commercial off the Shelf components (COTS) in aerospace. Just like the other industries, aerospace suffers from a shortage of semiconductor components. In this context, COTS are used for about 20% of all electrical, electronic and electromechanical (EEE) components used by ESA. A major challenge here is the risk associated with this solution because COTS are not designed and manufactured to military or space standards. Accordingly, ESA’s Reliability and Quality Department is engaged in characterizing and testing commercial components. The presentation highlighted some of the challenges that come with COTS use: one is the difficult environmental conditions in space – high radiation background, vibration, outgassing and thermal management. The other is also the relatively short product lifetime, limited traceability and product counterfeiting of commercial components. The use of lead-free solder alloys also presents problems.

The keynote presentation by Claude Clément “Active Implantable Medical Devices: a challenging technological field” outlined both the technological challenges that need to be overcome, such as biocompatibility and long-term biostability of the housing, increased reliability requirements and miniaturization pressures, as well as the environment that applies to medical device development and manufacturing. The complicated and lengthy development cycles lead to the typical time horizon of 11 years until a device is introduced to the market and about 15 years until the started business starts to bring profits.

Ivonne Herrera informed conference attendees in her keynote presentation “Horizon Europe – possibilities for the European Microelectronics and Packaging industry” about the new European funding program and in particular about its “Cluster 4: Digital, Industry and Space”, which is endowed with 15.5 bn€. She also gave practical advice on information sources, consortia formation and submission deadlines. 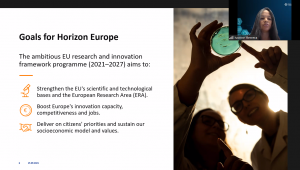 Keynote IV, “Electronics Industry Growth Markets: Package Choices, Challenges, and Trends,” by Jan Vardaman, TechSearch International, was devoted primarily to current interconnect technologies used by major manufacturers for SiPs (system-in-package) in volume production that are still in the qualification phase. The shown example implementations of package shapes with the use of 3D integration of dies, fan-out on substrates, silicon interposer and embedded silicon bridge allow to keep pace with the increasing demand for system functionality. Significant technological changes in the industry should come primarily through the application of the chiplet approach to the design of future systems. The organization of the manufacturing process may also change in the near future, Vardaman said, with the COVID pandemic clearly demonstrating supply chain issues and the just-in-time manufacturing paradigm being challenged by some players.

The closing keynote presentation, “Reliability of Active Implantable Devices: can we predict, and prevent, failure?” given by Anne Vanhoestenberghe of University College London, addressed implant failure prevention strategies. Due to the high complexity of the field, this was limited to corrosion-related failures and went into detail on the three common approaches to the task: sorting out “weaker” devices before implantation, continuous condition monitoring during operation, and determining the life expectancy of the implant.

In her invited presentation, Julia Hütsch of Schott AG introduced the material glass as one of the most important alternatives for manufacturing housing components for demanding environments. Unlike polymeric materials, glass acts as a reliable moisture barrier and shows no aging during product life. Because of its high stability to chemicals and bodily fluids, as well as its high-temperature stability, glass is widely used in medical applications, among others. In addition to Schott’s traditional glass-to-metal feedthroughs, the presentation also included new developments such as hermetic all-glass housings for implants.

The final session on the first day of the conference was held in plenary session and dedicated to the fiftieth anniversary of IMAPS Nordic. The former president of the Nordic Chapter Paul Collander reviewed the eventful history of “International Society for Hybrid Microelectronics” ISHM, which was renamed IMAPS only in 1998. He himself has accompanied this development during 47 years of his professional career. 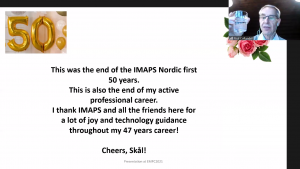 Since its foundation in 1967 in the USA, ISHM chapters have been established on all continents. As the founding date of their chapter, Nordic colleagues celebrate May 5, 1971, when six gentlemen from Sweden, Finland and Norway signed the founding protocol under the leadership of Hans Danielsson, the first chapter president. From an organization that was initially strongly focused on Sweden, a globally active, albeit numerically small, association of experts from all Nordic countries except Iceland has been formed.

Similar to the German Chapter, the Nordic colleagues organize an annual conference, called “Nordpack” since 2017. Due to the fact that the official language of IMAPS Nordic is English due to strong internationality, and due to the cooperation with IEEE EPS Nordic, Nordpack enjoys a strong international attendance with, among others, numerous participants from Germany.

Two papers were awarded the “Best Paper Award” based on the presentation given, the technical content and the quality of the written publication. The jury chose the paper by Elisabeth Kolbinger (Fraunhofer IZM / TU Berlin) “Characterization of the corrosion behavior of Al-X bond wire” and the paper by Erick Franieck (Robert Bosch GmbH / TU Berlin) “Inline cure monitoring of epoxy resin by dielectric analysis”. The authors were awarded with free participation in the next EMPC conference, which will be held in Cambridge, UK from September 11-14, 2023. We would like to take this opportunity to congratulate both of them for their excellent achievement!